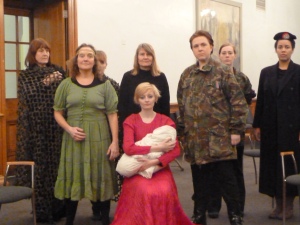 The last three weeks have involved: rehearsals; a Rose Company mini-tour (Lancaster Castle, Homerton College, UCL); a feature on Woman’s Hour (here if you missed it – about 16 mins from end –http://www.bbc.co.uk/programmes/b03jfk1v); and the booking of new mini-north-west tour for January – King’s Arms, Salford, January 12; The Continental, Preston, January 16; Lancaster Castle, January 17; The Lantern Theatre, Liverpool, January 18. It’s been busy (and I haven’t thought about Christmas shopping yet…).

Here are a few pictures of the story so far… 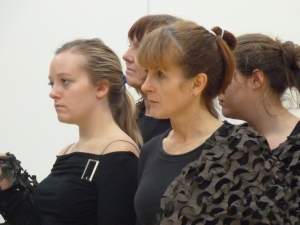 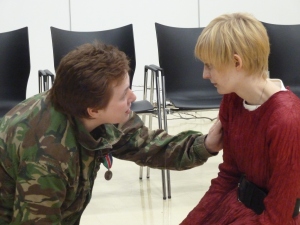 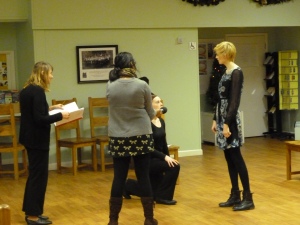 Achilles and Iphigenia being recorded for radio

Whole cast being recorded for radio 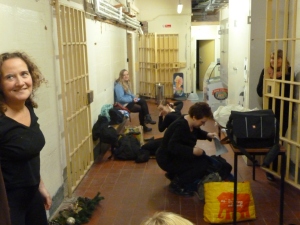 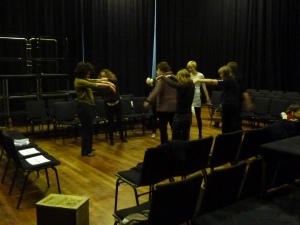 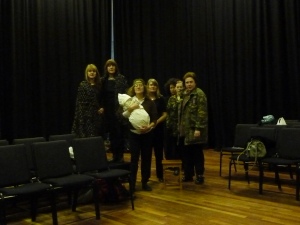 Clytemnestra, Nuntio (and me in background!)

Iphigenia and fans – lovely audience members who wanted a photo with the hero!

Really hope to see you at one of our January shows!